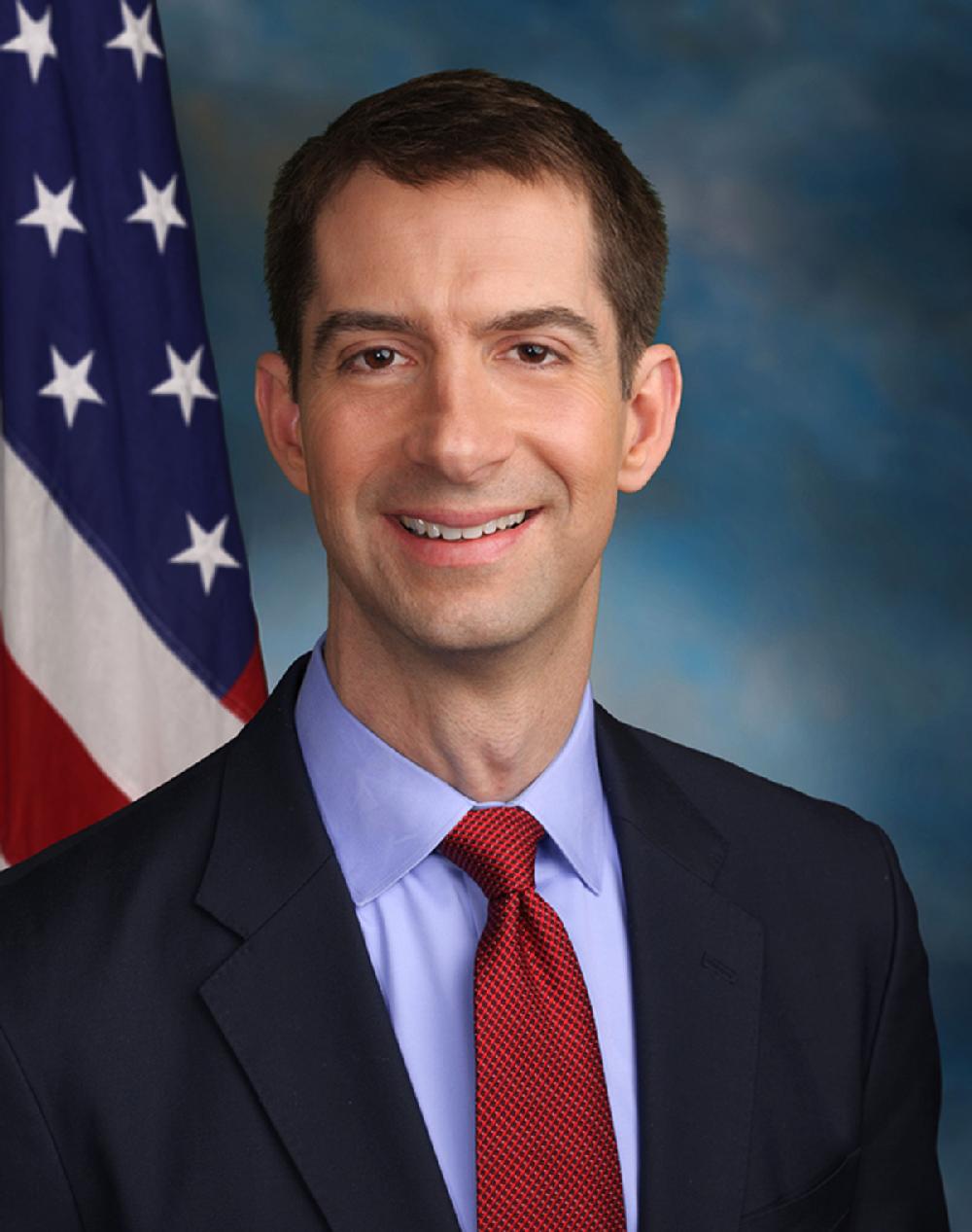 The Gaston GOP is excited to announce that the Honorable Tom Cotton, US Senator from the State of Arkansas, will be the keynote speaker at the 2021 Lincoln Day Dinner. Tickets and details can be found here: https://gastongop.ticketspice.com/2021-lincoln-day-dinner

Tom Cotton currently represents the state of Arkansas in the United States Senate. He was born and raised on his family’s cattle farm in Yell County, Arkansas and attended Harvard and Harvard Law School. The tragic attacks of September 11, 2001 occurred during Tom’s final year of law school, leading him to join the United States Army as an Infantry Officer where he spent nearly 5 years on active duty. Tom completed combat tours in both Iraq and Afghanistan, where he served with the 101st Airborne and a Provincial Reconstruction Team. Between his two combat tours he served as a platoon leader with the Old Guard at Arlington National Cemetery, the unit responsible for military honors funerals. Tom’s military decorations include the Bronze Star Medal, Combat Infantry Badge and Ranger Tab. 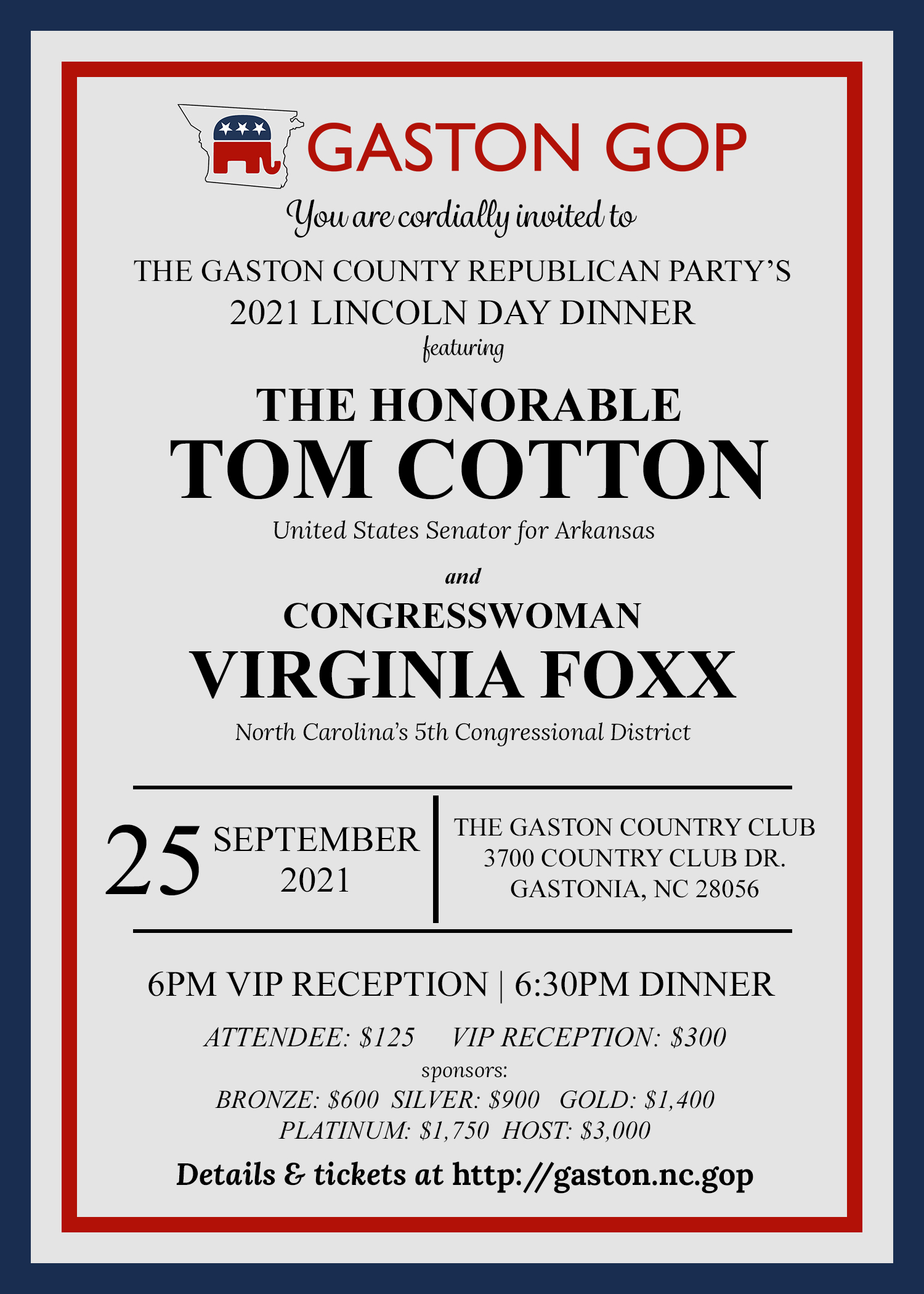 Join the fight to keep Republicans elected in Gaston County

Help our Party fund our success